It's been a busy weekend for the Wander team! Quite a few of us were at the Global Game Jam and spent the weekend making games involving the theme, the sound of a heartbeat. We're pretty excited to be back to working on Wander though.

The sound team have been hard at work recording character and atmospheric sounds. We're looking forward to rendering them beautifully in the world, but that is currently a bit confusing as neither FMOD or WWise support headphone 3D sound (HRTF). Currently it looks like we will have to work out how to integrate OpenAL-soft into Unity. If anyone knows anything about this, or the use of HRTF/Ambisonics in Unity please get in contact.

David and the rest of the game design team have been busy over the last week designing the tasks (quests and puzzles) for the tropical planet. We're really excited to test a few of these over the next two weeks coming up to the next internal release.

The big news of the last few weeks is all the progress on environmental art. Garth has produced some great looking terrain using L3DT, extensive hand sculpting and some custom shaders. We will be putting up some work-in-progress images to give some background to the terrain creation process.
Posted by Loki Davison at 00:50 14 comments: 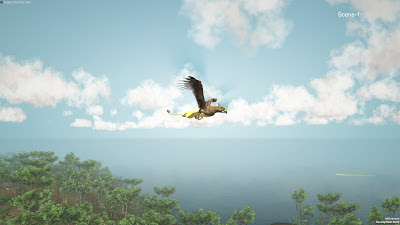 This was causing the controls to not work in the game, but was only affecting the built version. In the editor, play mode was fine. After some searching I found that this occurs when you have two scripts of the same name but different types, i.e one js script and one boo script both called Controller. Not the most useful error message.
Posted by Loki Davison at 18:30 13 comments:

It's pretty awesome that new exciting things seem to be happening everyday on Wander. Today's major excitement is our new logo though.
Posted by Loki Davison at 00:31 72 comments: 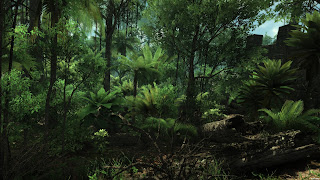