Wander to be at Gamecom 2014 in the Indie Megabooth

Just a quick update, we're excited that Wander will be at Gamescom as part of the Indie Megabooth and we made a new (updated) trailer for the event. We look forward to seeing anyone going to Gamescom at our booth in Hall 10.

Hello, everyone! This is Crystal here bringing you your latest Wander update. Those of you who've been on the edge of their seats now have my permission to relax.
First of all, we have here for you some amazing new screenshots, and I'll be honest with you guys, this is some awesome stuff.

Here we have our very first newly updated character, the Oren! Yes, she is a walking tree, and all those branches and leaves look pretty darn impressive in motion, if I do say so myself. 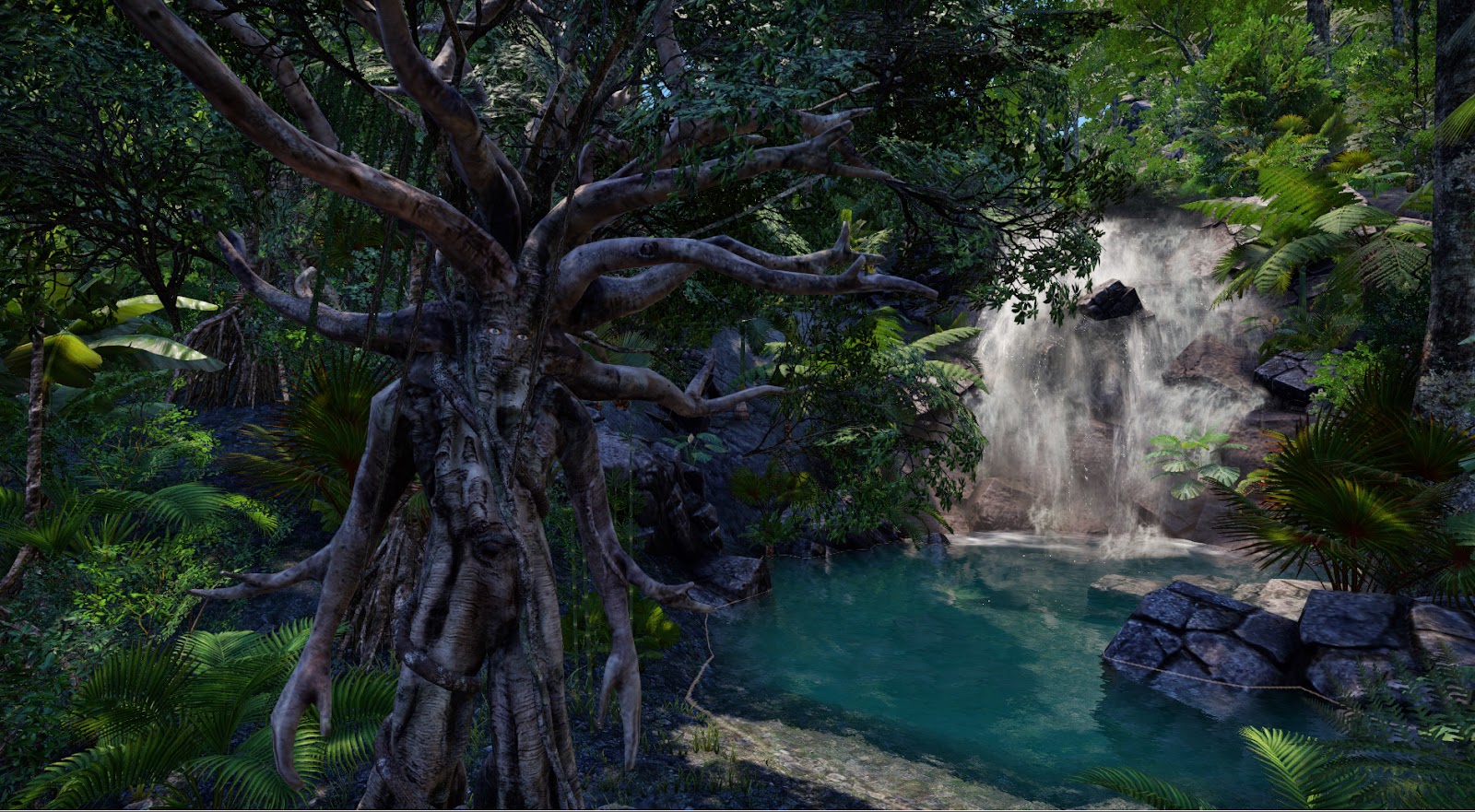 Next we have our second character, my personal favorite (so far): the griffin! Those of you who are familiar with the original design will undoubtedly notice that this one is a massive improvement. 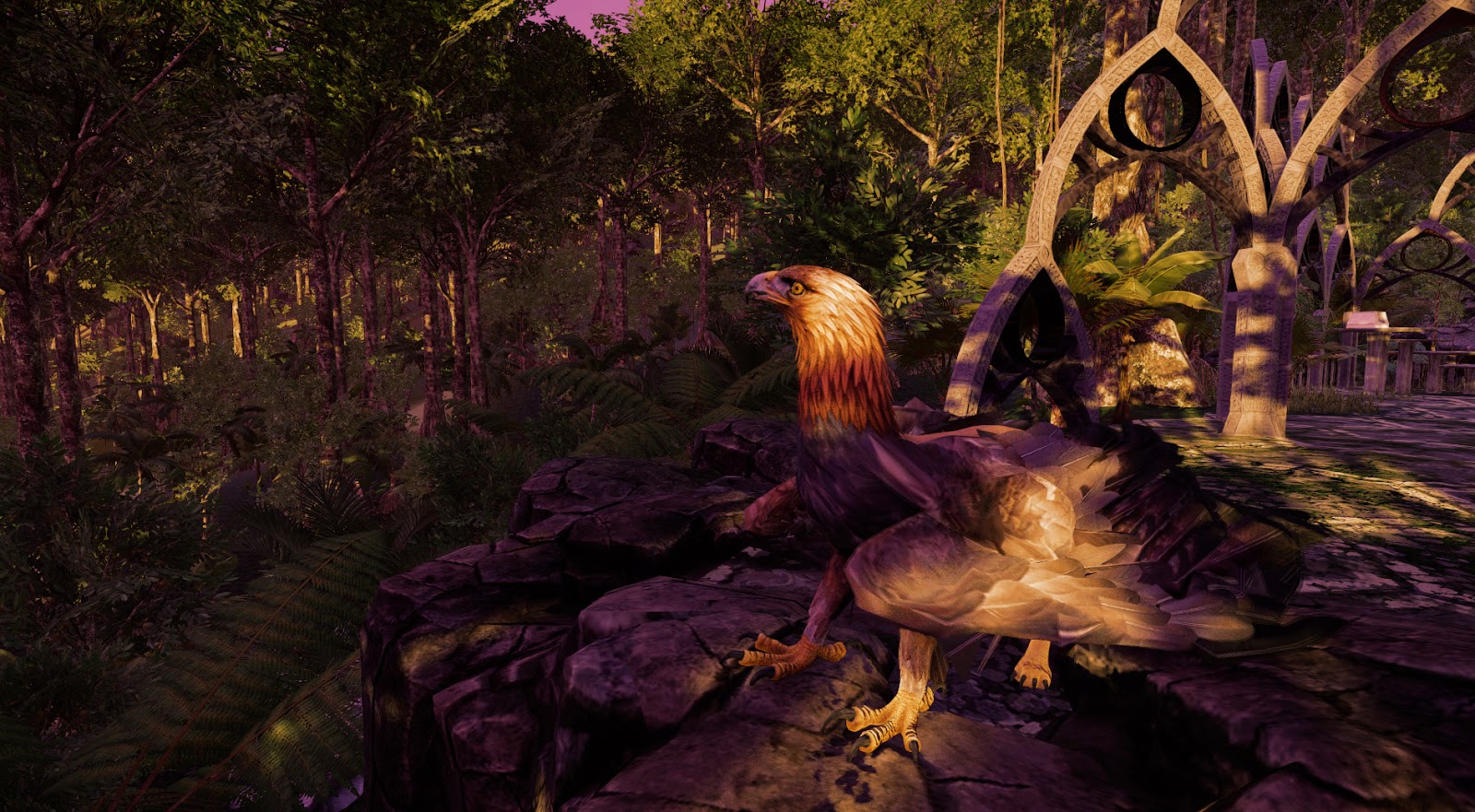 Last but not least we have the griffin in flight. I won't spoil this moment for you with mere words; just take it all in. 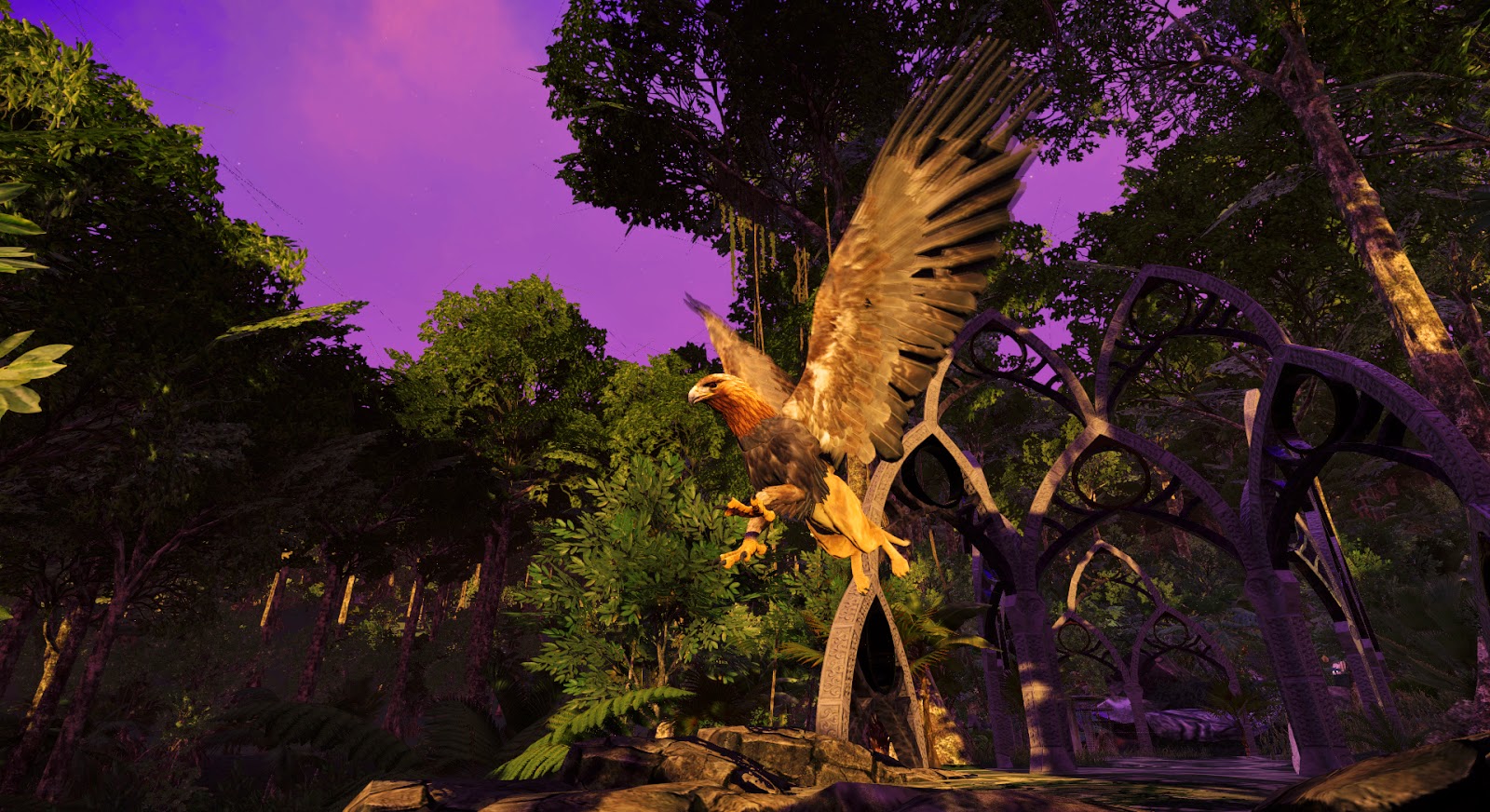 Speaking of flying, our programmers have been hard at work hammering out the flight mechanics, and their efforts have paid off with a flight simulation that feels uncannily realistic. We're using the motion control features of the DualShock4 on PS4 and we're really happy with it.

In addition to this, there's just been a general massive improvement to overall performance, and as someone who only goes in to the office on a semi-regular basis I've noticed EVERYTHING about the game improving by leaps and bounds each time I see it. We're also pretty stoked that the Oculus DK2 is being shipped, though ours isn't here yet! Wander is practically tailor-made for VR and this newfangled "low-persistence" thing that all the cool kids are talking about means that people like me (AKA the most motion-sickness prone person alive) will actually be able to enjoy the experience for longer than twenty seconds at a time! Positional tracking is also great for that.

Now, some of you might be aware of a little thing called Gamescom that is happening this August in Cologne, Germany. Now, our very own Loki happens to have spent some time in Germany back in his wild younger days, and it looks like he'll be returning with Elaine and Seraphim to bring Wander to the European audience. So, those of you who plan on attending should make sure to drop by and see us, or contact Loki if you'd like to do an interview.

Finally, I've got a few more pieces of art to show you, and that is some very early concept art of our third character redesign: the Azertash! You may remember the original design, and if you do you'll notice that we're taking the character in a bit of a new direction. Still a lot of work to be done but we're all looking forward to getting another amazing looking character into the game! 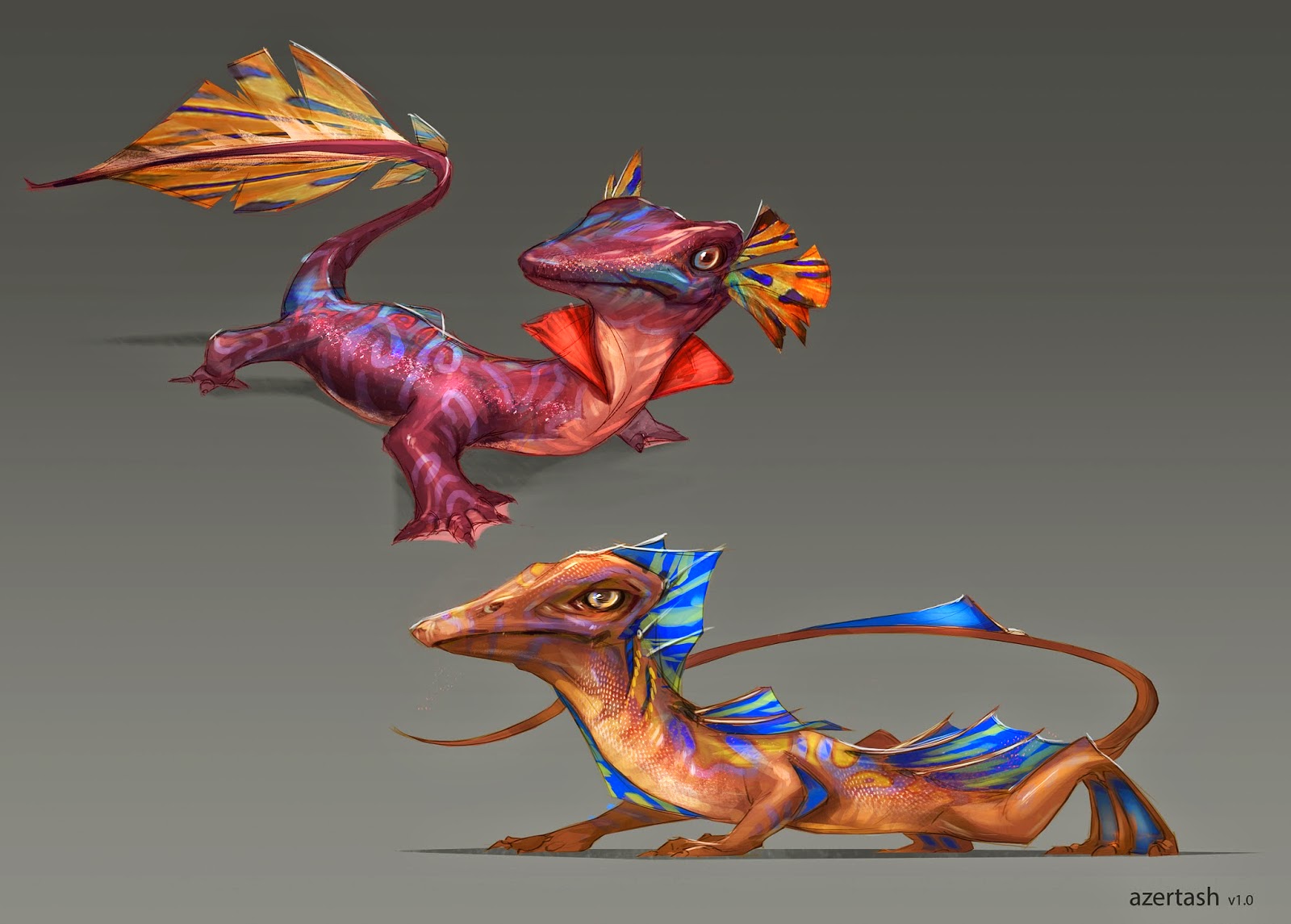 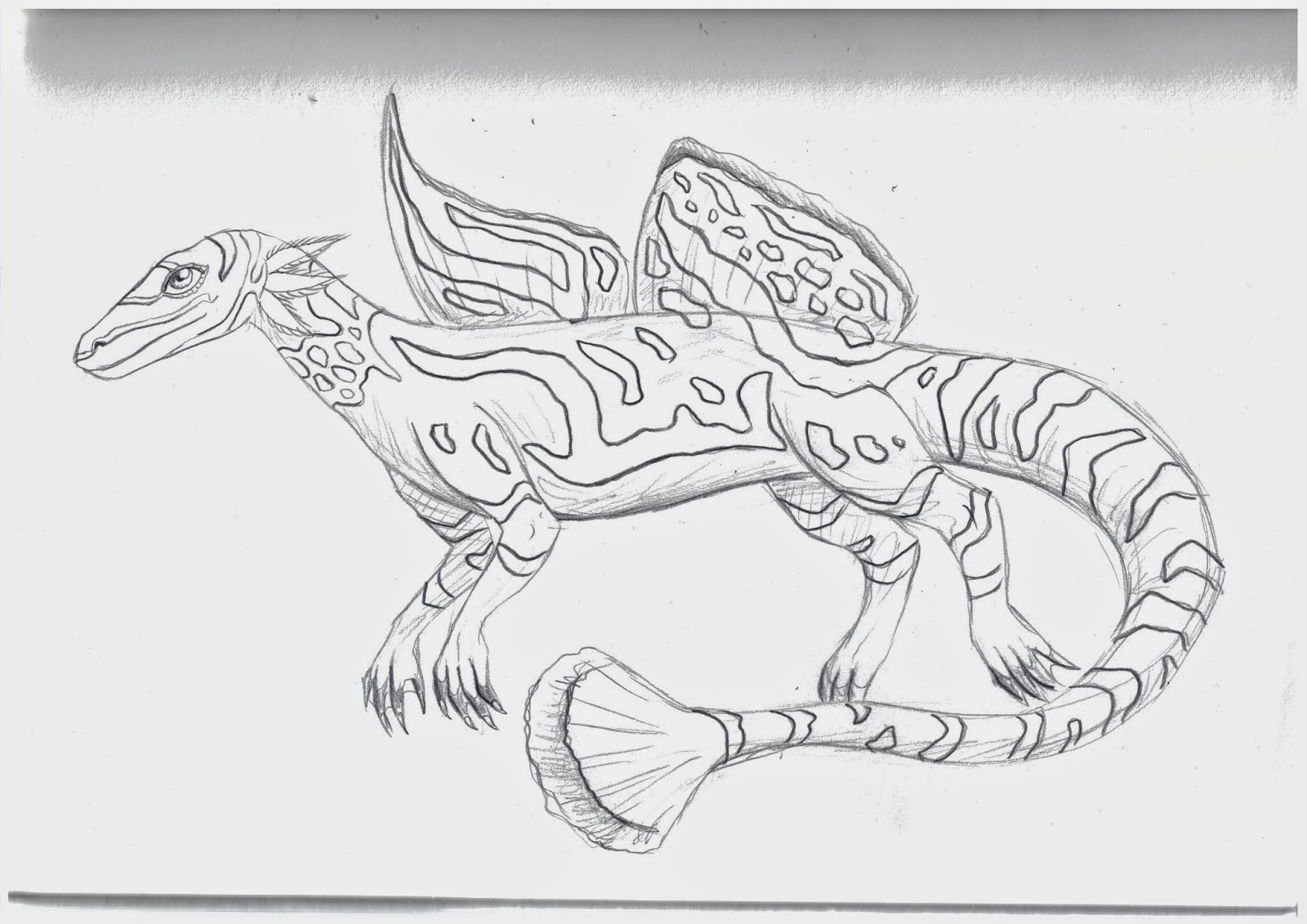