Have you ever wondered what sort of secrets are hidden amongst nature? Now is your chance to find out in Wander, the non-combat, narrative based MMO.

Imagine the soothing sounds of tropical ambience unfolding around you. Listen to the rush of waves as birds flying overhead call out to one another. Life is all around you; you are one with nature.

You begin life as a giant tree with little understanding of who, or what, you are. Enchanting opera singers guide you on your journey through the forest. Secrets are unlocked as you create friendships with other wanderers and piece together the unfolding storyline. The game encourages you to explore the beautiful world around you, seek out others like yourself, and take on new forms, each with their own unique abilities and stories.

If you have ever wondered what it would be like to soar the skies and feel the wind blow under your wings as a griffin, to be one with nature as a noble Oren, or swim the depths of the ocean as an agile amphibian, then uncover the enigma of co-operative, explorative gameplay that is Wander.

Wander was mentioned as the biggest surprise of PAX Prime 2013 by Massively. It's not really an award, but we're proud about it! Rather wonderfully they followed up with mentioning us in the best of PAX Prime 2014.

Wander was nominated for Best Narrative and received an honourable mention for Best Art and Best Design at FreePlay 2013.

“Wander...focuses on building an atmosphere that will pique players' curiosity — and then leaves them to find their own way, and each other.”
Polygon

“Wander looks to change up the MMO formula... relying on the sheer joy and mystery of exploration to carry the story along instead.”
Cinemablend


"Conceptually, the whole thing almost strikes me as a greener, more freeform Journey. And so far, the first planet looks like it escaped from the explosions and dumbness factory in James Cameron’s brain with natural beauty full intact, so that’s promising. I want to explore!"
- Nathan Grayson; Rock, Paper, Shotgun

Fill in the form on our do distribute page,

or just send us a quick email. 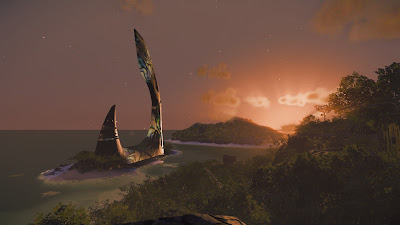